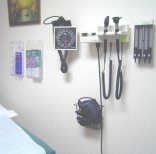 I had my annual physical a week and a half ago.  To be honest, I hadn’t been for four years, so not quite annual, but I had been annually for a few before that.  Even I was shocked that it had been four years, thinking it had been two.  Will have to stay on top of this as it’s not a fear of doctors or what they’ll say (even when I was overweight).  Probably part of the problem is the need to book it 3 months in advance at my doctor’s which I never remember until I go to book it and 3 months turns out to be a bad time for whatever reason and then I forget to call back.

A much more pleasant experience than last time, in any case, where I believe I weighed in around 290 and blood pressure hovering just around the pre-hypertension zone (120/80) and was afraid he was going to tell me I had Type II Diabetes and need to stab myself with a needle every hour.

Weight:  Their scales had me at 200 when I had me at 195.  I reckon the real net difference to be around 2.5-3 pounds between the scales.  Different time of day plus clothing and plus I seemed to have stuffed my pants with about a pounds worth of electronics for some reason (I weighed the gear after, it was a pound between phone, blackberry, stuffed wallet, misc bits and keys).  So overall, happy.

I think he gave me some other number as well which I don’t recall which came in good as well.  Then he told me to take fish oil supplements and to consider starting the daily aspirin gig for old folks (thins the blood, helps prevent heart attacks).  We talked about my lack of regularity and he more or less recommended the same thing I had started, which was to add some fiber – though he recommended adding it at night instead of the morning.  I need to action all of these items but I need to get some time to hit Walgreens or CVS first. 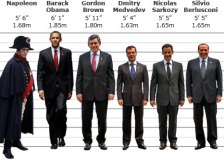 I’m now only officially 5′ 9″.  5′ 10″ was always a touch of a round up for me, but dangnamit, I’m too young to be shrinking.  It also shaves a couple of pounds off my BMI range which I think are too low to begin with.

He then irritated me with two things.  He hadn’t read my previous checkup I think because he didn’t comment on the change.  I kind of prompted it and he looked back and then commented on doing a good job.  I wanted my pat on the head and not have to ask for it!  🙂

Then he compounded it and told me I was at a good weight now.  Now, I know I haven’t set a final target and will be feeling my way there towards the end for the ‘right’ number.  But seriously, I am not at a good stopping weight now.  I could EASILY afford to lose 10 more pounds.

40 year old IT guy on a health and fitness kick.
View all posts by J. »